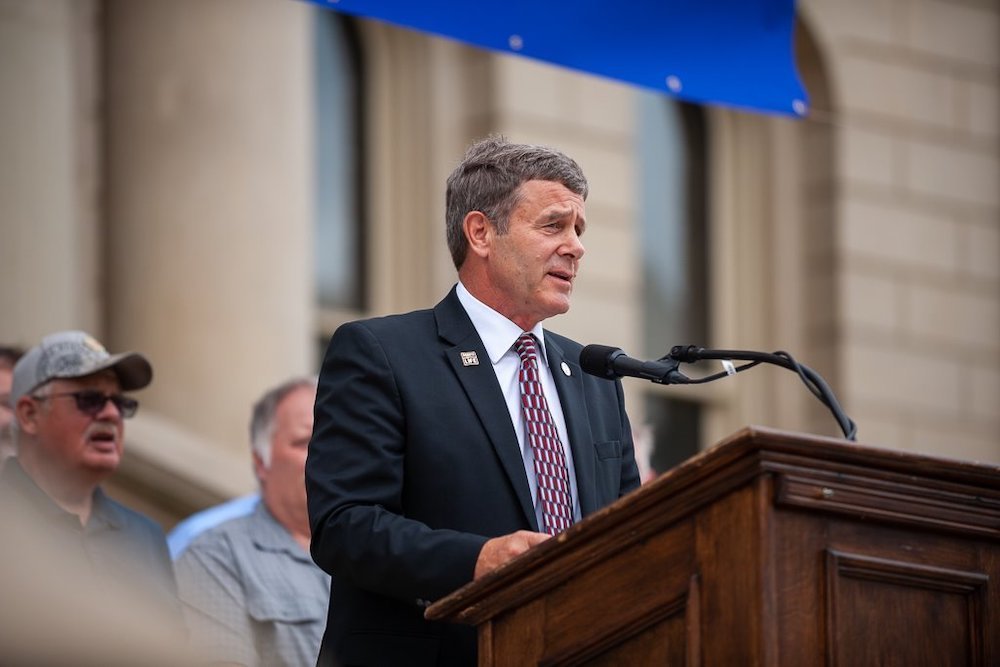 Sen. Kevin Daley (R-Attica) fielded and answered questions from some Bay County farmers at their legislative breakfast meeting on Jan. 24.

The American Farm Bureau says that farmers across the country are facing the worst economic slump since the Depression, struggling in areas ranging from bad weather to trade difficulties.

The Spartan Newsroom reports that Michigan exports have been dropping all year. Dairy, livestock and grains sectors have suffered the most. The trade war with China has significantly impacted Michigan's soybean exports, which were one of the state's most valuable exports.

“Farming has come down 50 percent in the last five or six years and it has, from an economic standpoint, been tough,” Ernie Birchmeier, the livestock and dairy specialist at the Michigan Farm Bureau, told the Holland Sentinel. “There have been some farms in Michigan that have been facing economic challenges, and some that have exited their operations, especially in the dairy industry.”

Daley is a fifth-generation Lapeer County farmer. He represents Bay, Lapeer and Tuscola counties. His website says he is committed to "helping create a healthy economy, investing in skilled trades training, and protecting our hometown family values."

Want to get notified whenever we write about Michigan State Senate ?

Sign-up Next time we write about Michigan State Senate, we'll email you a link to the story. You may edit your settings or unsubscribe at any time.